The Dallas Cowboys used a big second half to overtake the New York Giants and secure second place in the NFC East — and perhaps the late-season services of wide receiver Odell Beckham Jr.

The Buffalo Bills won in Detroit for the second time this week but watched star pass rusher Von Miller exit the game with a knee injury.

So it went in the first two-thirds of the NFL’s better-than-usual Thanksgiving slate.

It was a productive afternoon for the Cowboys. They scored the first 21 points of the second half to win, 28-20, in Arlington, Tex.

The Cowboys, at 8-3, moved a game ahead of the Giants, 1½ games behind the division-leading Philadelphia Eagles. Dallas swept the season’s series from the Giants and prevailed in the teams’ first Thanksgiving meeting since 1992.

“That’s what this team can do when we heighten our focus and finish the way that we can,” Cowboys quarterback Dak Prescott told Fox after the game.

The victory also may have given the Cowboys the advantage in attempting to sign Beckham as a free agent. The standout receiver is nearing his return from the torn ACL in his left knee that he suffered in the Super Bowl while playing for the Los Angeles Rams. The Cowboys and Giants are believed to be among the teams under consideration by Beckham. If he wants to join the team that gives him the best chance to make another Super Bowl appearance, the Cowboys looked far closer to that Thursday than the Giants did.

The Giants were depleted by injuries at cornerback and along their offensive line, yet managed to lead 13-7 at halftime. They had a pair of first-half interceptions of passes by Prescott. But the Cowboys took control with two third-quarter touchdown passes from Prescott to tight end Dalton Schultz and a fourth-quarter touchdown run by tight end Peyton Hendershot. The Giants got a touchdown with eight seconds remaining to make it a one-score game. But the Cowboys recovered an onside kick and ran out the clock.

The game’s key play came as the Giants trailed, 14-13, in the third quarter. They opted for a fourth-and-one gamble from their own 45-yard line. Tailback Saquon Barkley got open in the right flat for what should have been a first down. But quarterback Daniel Jones’s pass was a bit low and somewhat behind Barkley — still catchable but somewhat off-target. Barkley could not make the catch. The Cowboys took possession and moved 44 yards for the second Prescott-to-Schultz touchdown and a 21-13 advantage.

“We just took over the game,” Prescott said. “That’s what we can do, built off of that second half. We’ve got to look forward and continue to grow.”

The Giants have lost two straight and three of their last four games to drop to 7-4. They still have overachieved in Brian Daboll’s rookie season as an NFL head coach. But things are beginning to unravel a bit.

Playing at Ford Field was kind to the Bills. Again. Although just barely this time. They rushed down the field in the game’s final seconds for a field goal that beat the Detroit Lions, 28-25, in the day’s opening game.

The Bills won in Detroit for the second time in a five-day span to improve their record to 8-3, putting them a half-game in front of the Miami Dolphins for first place in the AFC East. They’d ended a two-game losing skid with a victory there Sunday over the Cleveland Browns in a game that the NFL relocated from Orchard Park, N.Y., to Ford Field because of the massive snowstorm in western New York.

“I mean, short week, coming off of what happened last week, playing here two games back to back — hit a lull in that second half,” Bills quarterback Josh Allen said on CBS after Thursday’s win. “Guys continued to battle. Proud of our defense for stepping up. We got [wide receiver Stefon Diggs] going. … Those are ones that they’re tough to win. They take a lot out of you. But I’m proud of our guys, the effort that we put in, the resiliency that we have.”

The victory may have been costly for the Bills, however, as Miller left the game with a knee injury. He exited on the same day the Bills welcomed back cornerback Tre’Davious White; he played for the first time since suffering a torn ACL in his left knee during a Thanksgiving game last season.

The Bills have not returned to resembling the dominant Super Bowl favorites that they were early in the season. Their performances have been uneven while Allen has been playing with an elbow injury. That continued Thursday. The Lions had their chances all day. They tied the game at 25 on a 51-yard field goal by kicker Michael Badgley with 23 seconds remaining.

But the Bills still can rely on Allen throwing the ball to Diggs. After Badgley’s tying field goal, the Bills moved 48 yards in four plays and 21 seconds for a winning 45-yard field goal by kicker Tyler Bass. The drive began with Allen zipping a pass over the middle to Diggs for a 36-yard gain.

Injury Update: Von Miller is out for the game (knee).

“I would say it’s not me at all,” Diggs said on CBS. “I’ve got the best quarterback in the league. Any time we hit a lull, it’s like his eyes are locked in. He’s focused. I try to be that support system, you know, be his receiver, get open, catch the ball like he always tells me. And that’ll bring some energy. You know, get my guy going. That’s my guy, man. When in doubt, I’m riding with [No.] 17.”

An Allen-to-Diggs touchdown gave the Bills a 25-22 lead with 2:40 left. But Bass missed the extra point, enabling the Lions to tie the game with a field goal. The Detroit defense, ranked last in the NFL, could not get the game into overtime, though. The Lions had their three-game winning streak ended and dropped to 4-7.

Among those teams, only the Lions are not currently positioned to be in the playoffs. And even they are playing very un-Lions-like football lately, entering Thursday’s game with three straight victories.

The NFL has declared this its first “John Madden Thanksgiving Celebration.” CBS, Fox and NBC will air tributes throughout the day to the late Hall of Fame coach, legendary broadcaster and video game icon. The NFL Foundation will make a $10,000 donation to the youth or high school football program chosen by the player picked as the “Madden Player of the Game” in each of Thursday’s three matchups. Madden died in December at age 85.

The Vikings will attempt to rebound from the debacle against the Cowboys. That defeat came one week after their dramatic overtime victory over the Bills in Orchard Park in the most compelling game of the NFL season so far.

The Patriots have won three straight and five of their past six games to move back into playoff position. They held the New York Jets without a touchdown Sunday and won, 10-3, on a touchdown on an 84-yard punt return by rookie Marcus Jones with five seconds remaining. 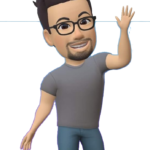 I-Spy: Change your computer’s settings to stop programs spying on you